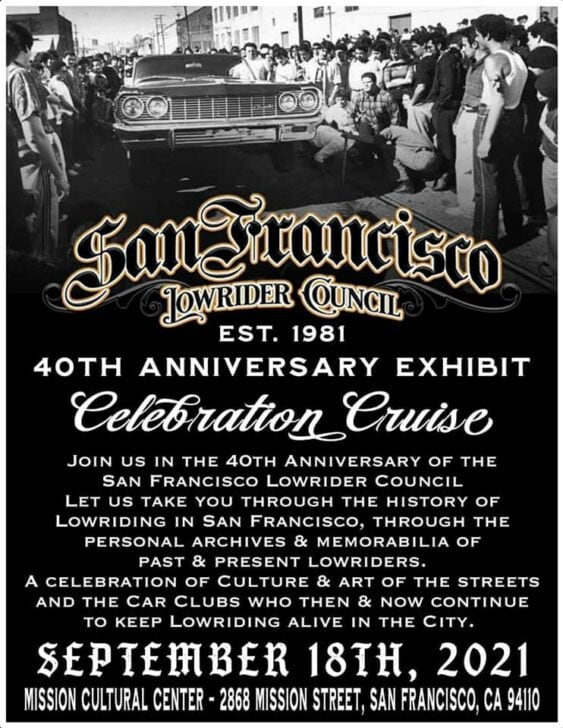 A free art exhibit opening on Tuesday in San Francisco’s Mission District aims to highlight the history of lowrider vehicles — a celebrated form of expression for Latinos in the U.S.The exhibit is being put on by the San Francisco Lowrider Council as part of the organization’s 40th anniversary celebration and can be seen at the Mission Cultural Center for Latino Arts at 2868 Mission Street.The exhibit will showcase the history of lowrider culture in the city, touching upon its beginnings as a social justice movement that rebelled against government censure and police brutality, eventually becoming an art form in its own right.