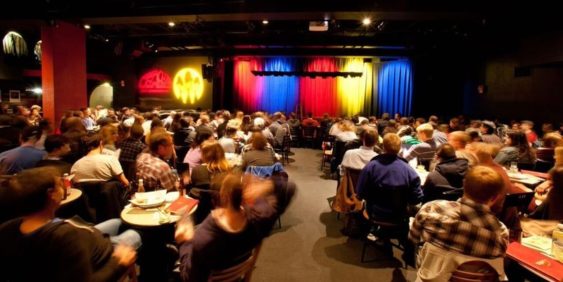 Funcheap and HellaFunny take over Cobb’s Comedy Club for an awesome night of comedy at SF’s biggest comedy club. And you can get on our secret guest list.Tindervention: Tinder Horror Stories and Stand-Up Comedy
Tinder, Bumble, Hinge … oh my! Cobb’s Comedy Club brings together some of San Francisco’s best comedians to riff on the funniest and most horrific modern dating mishaps.Every month we handpick some of SF’s top local comedians to showcase for you – often with credits like SF Sketchfest, NBC, Comedy Central and more.