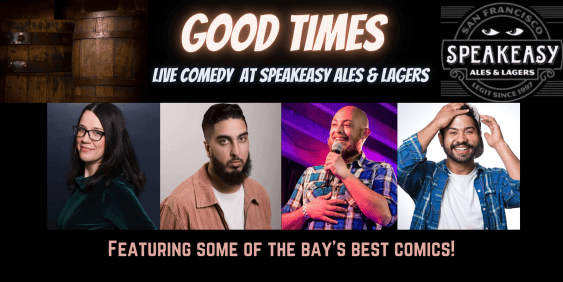 Submitted by the Event OrganizerCome out for good times and live comedy in the super dope brewery at Speakeasy Ales & Lagers! Grab one of Speakeasy’s legendary brews and laugh along with the best comics in the bay!This month’s headliner is Dauood Naimyar! Dauood is a paid regular at San Francisco Punch Line Comedy Club, Sacramento Punch Line, Cobb’s Comedy Club and Rooster T. Feathers! He performs in venues all over the country, including headlining at Comedy Fort in Colorado! His comedy crew, Pier69, also debuted their comedy album at #1 on the ITunes Comedy Charts! He crushes audiences with his jokes and his crowd work, he is not one to miss!