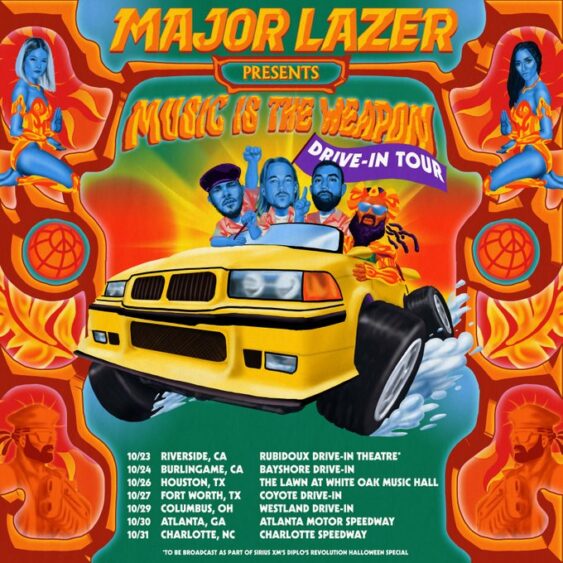 Major Lazer is embarking on a drive-in concert tour in support of their newest album release ‘Music Is The Weapon,’ out on October 23rd. The second date of the tour is heading to Burlingame at the Bayshore Drive-In, which is at the Burlingame Golf Center, on October 24, 2020.Major Lazer will be performing for you live and in-person at the Drive-in. Pricing is based on how many passenger are attending in your vehicle. Prices vary between $35-$65 / per person, similar or less than a normal theater show would work.Thanks Alt 105.3 for the tip off.