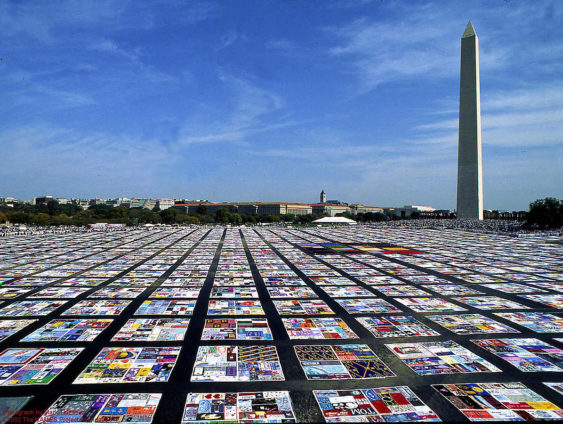 Organizers of Golden Gate Park’s 150th Anniversary and representatives of the National AIDS Memorial announced that portions of the iconic AIDS Memorial Quilt will be on display in Golden Gate Park April 3-5, 2020 to coincide with the official 150th birthday celebration of Golden Gate Park on April 4th that is expected to bring thousands of people to “Everybody’s Park” for free events, activities and entertainment.The display of the Quilt will be the largest ever in San Francisco and consist of 1,920 panels, approximately the same size, and shape as the first major Quilt display that took place in Washington D.C. in 1987.The Golden Gate Park 150th Anniversary Quilt display will take place in Robin Williams Meadows, along Bowling Green Drive, and in the National AIDS Memorial Grove. The Quilt panels on display will be comprised of panels that have been added to the Quilt’s nearly 50,000 panels in recent years, reflecting the story of HIV and AIDS during the past decade, particularly in communities of color.