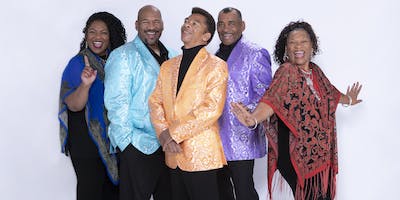 An Evening with the Steele Family

Join us for a festive evening with the Grammy and Academy Award winning Steele Family. This will be the first ever Steele Family performance in the Mill District.

The Steeles consist of five siblings; J.D., Fred, Jearlyn, Jevetta, and Billy Steele. They have been singing together since they were children growing up in Gary, Indiana where they began to develop their style and soul. Each came to Minnesota for different reasons; however, it is clear they were meant to be a part of the Minnesota sound. They have recorded and performed with Prince, Donald Fagen, Morgan Freeman, George Clinton, Mavis Staples, Johnny Lang, Peabo Bryson, The Five Blind Boys of Alabama, and others throughout their long and storied career. The family has traveled around the world in the acclaimed musical The Gospel at Colonus' including a Broadway run at the Lunt Fontanne theatre in1988. Their recent accomplishments include projects with corporate clients including Target, Best Buy, AMBEV, and Delta Airlines. They have been featured on local and national commercials and enjoy an international profile that has earned them a worldwide audience.  Collectively they have won three Grammys and garned an Academy Award nomination.

All proceeds will go to support the Mill City Singers program, sponsored by the Friends of the Mill District.