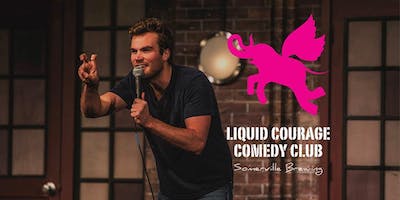 Guests are able to order dinner and pints before, during, and after the show. There is ample free parking available on site.

NO-SHOWS If you change plans and decide not to join us, we will be happy to reschedule, BUT you need to call the taproom at 800-428-1150 x6 to let them know to give your seats to another guest. Many times we have a wait list for seats.

WAIT TIMES Show time is 8PM please arrive at 7PM if you are eating. Wait times for food during comedy shows are 40-60 minutes.

ARRIVE BEFORE 7:50PM Even if you have a reservation, all seats are "released" to the wait list at 7:50PM. If you show up after 7:50PM your seats are not guaranteed.