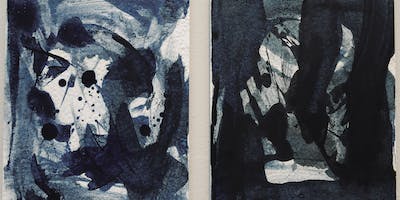 THE FRAILTY OF STRENGTH and vice-versa: TIAGO (Richard Santiago)

TIAGO uses his bold, in-your-face ink artwork on pieces of glass and metal to help tell the stories of 911 of the lives lost and forgotten by the government in the aftermath of Hurricane Maria in 2017. THE FRAILTY OF STRENGTH features 911 unique monotypes and embodies the growing resistance to the neoliberal forces that threaten Puerto Rico and the future of its people.

Richard Santiago, known as TIAGO is a Puerto Rican painter and university professor at the Escuela de Artes Plásticas y Diseño de Puerto Rico. As the Co-Chair of the Arts and Culture Committee of the Puerto Rican Agenda of Chicago he has worked tirelessly to help those who were suddenly displaced after Hurricane Maria in 2017. He has served as the Artist in Residence at The Puerto Rican Cultural Center of Chicago as well as The Armory Art Center in West Palm Beach. Tiago has created moving artwork using a myriad of mediums showcasing different forms of expression through film, music, sculpture, graphic design, and street art amongst others.