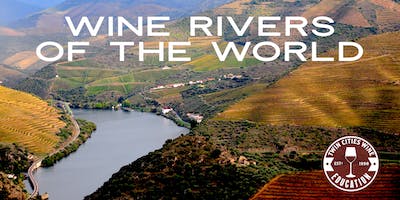 Wine Rivers of the World: The Ebro and the Douro

Twin Cities Wine Education is proud to present a new series of classes focusing on the great wine rivers of the world.

Wine Rivers of the World: The Ebro and the Douro

When you think about it, many of the greatest wine regions of the world are connected to river systems. The Douro, Loire, Rhône, Mosel, Willamette, Columbia, Russian, Murray, and many more. Why is this?

Each class with be comprised of two or three river systems, with which we will learn the ins and outs of these wine areas including history, key grape varieties, soil types, and of course topography and geography. Extensive maps will help you deep dive into this information, leaving you with far more knowledge than you expect.

And of course, we'll taste a range of great wines from the regions, along with covering the key producers and what makes certain wines oh so good.

This particular class will feature two of the most important and historic river systems in the world of wine: the Ebro of Spain, and the Douro of Spain and Portugal. The Ebro is the basis of the Rioja region, where we will learn not only about the influence of the alluvial soil of the region but also the new laws of Rioja that consumers need to know about. We'll explore the run of the Ebro as hit heads east and empties into the Mediterranean Sea south of Barcelona. Then the second half is all about a nearby river (at origin) that goes the opposite direction: the Douro (known as the Duero in Spain). Ribera del Duero, Rueda, Toro, and finally the Douro Valley of Portugal, where the great Port Wines of the world are birthed. This will be a grand tasting indeed!

We hope you can join us for this new and exciting series.