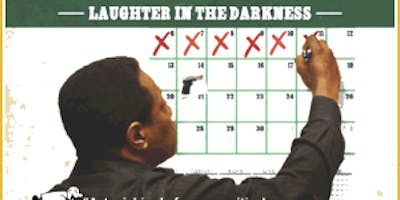 This show is an unrelenting look at a ten-day period in Copeland’s life—the mandatory ten-day waiting period before he could lay his hands on the newly purchased gun with which he planned to take his own life. Even in the midst of this tragedy, however, his wonderful sense of the comedy of life does not desert him (how much should he spend on the gun?), indeed serves him insidiously well as a buffer against the grim reality of his intention. Copeland hopes this very personal, and ultimately redemptive, story will reach people who struggle with depression—often called the last stigmatized disease—as well as their families and loved ones.

"This is a MUST SEE show!!! Brian is terrific. He makes a very difficult subject both impactful and hilarious.Unexpectedly entertaining and enlightning."--Reviewer