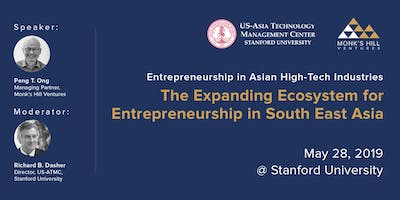 The Expanding Ecosystem for Entrepreneurship in South East Asia

The US-Asia Technology Management Center (US-ATMC) in collaboration with Monk's Hill Ventures invite you to a seminar on "The Expanding Ecosystem for Entrepreneurship in South East Asia", as part of a weekly seminar series on "Entrepreneurship in Asian High-Tech Industries" from April 2 - May 28, 2019.

RSVP now to secure your spot as space is limited! 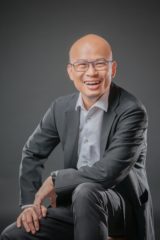 Peng is an entrepreneur who invests in entrepreneurs. He does so primarily through his role as Managing Partner at Monk’s Hill Ventures – a technology venture fund based in Southeast Asia that he co-founded. Peng was the cofounder of Electric Classifieds. Afterwards, he was the founder and CEO of Interwoven, which went public on NASDAQ and grew to a $10B market cap, before being acquired and is now part of HP. After Interwoven, Peng founded Encentuate (acquired by IBM), the leader in enterprise identity management.

The three businesses he started now generate annual revenues that total more than $1 billion. Most recently, Peng was a Partner at GSR Ventures, a leading VC in China. Peng has also served on many boards, including SingTel and YY.com. He is currently the Chairman of SolveEducation!. Peng earned a B.S. in Electrical Engineering from the University of Texas and an M.S. in Computer Science from the University of Illinois.